Vegetable meat made in Ukraine

There are many things that humanity remembers as a dark spot in history. We are ashamed of the oppression of others, slavery. And judging by the development of civilization and the emergence of values, in a few decades we will be just as ashamed of the cruel treatment of animals, the harm of the environment - just for the taste of food.

"The aim was to make meat from plants that did not taste different from animal meat and would be more useful in its properties."

I have practiced vegetarianism many times since university, but I had enough for one year. Probably because meat is delicious to me, and it's too integrated into our daily lives.

But the way in which such meat is obtained has always been unacceptable to me.

In 2018, I read Yuval Noah Harari's rather popular book, The Clever Man, where the author talks a lot about the evolutionary stages and often draws attention to the injustice and harm of the cruel domination of the intelligent man over the animal world.

This book seems to have spoken aloud many of my thoughts and inspired me to influence the situation myself.

For a long time, I delved into the topic of raising meat without animals.

At that time, several companies were already experimenting with artificial meat.
Back in 2013, the first meat from cow stem cells was created by Dutch professor Mark Post. His company is still working to implement this idea.

And in the United States, plant-based meat began almost 10 years ago. In 2018, when it could already be bought in supermarkets and tasted in local restaurants, I went there, to America, to try and bring samples to Ukraine.

Vegetable meat from Impossible foods impressed me the most. It turned out to be very similar to an animal. 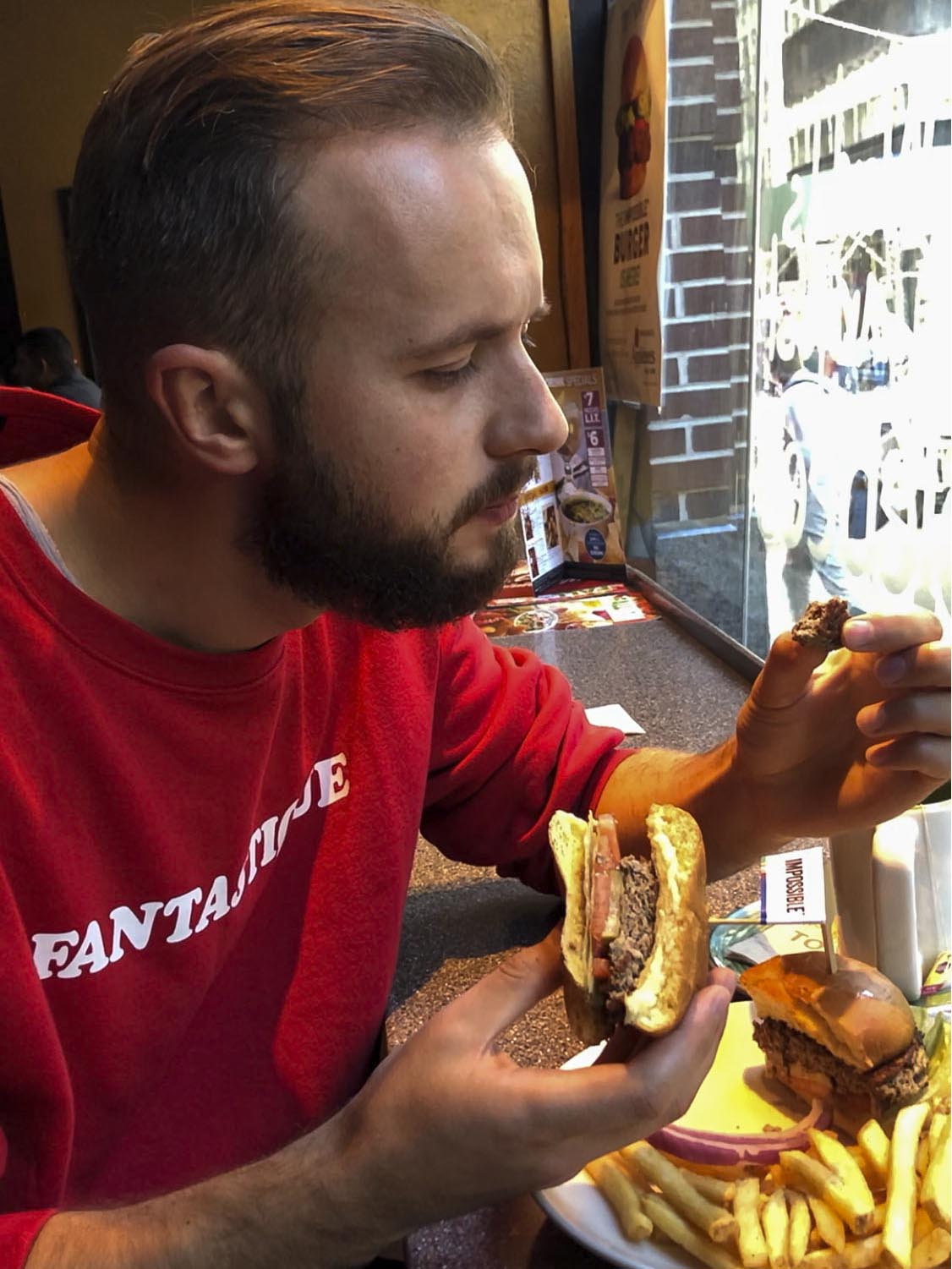 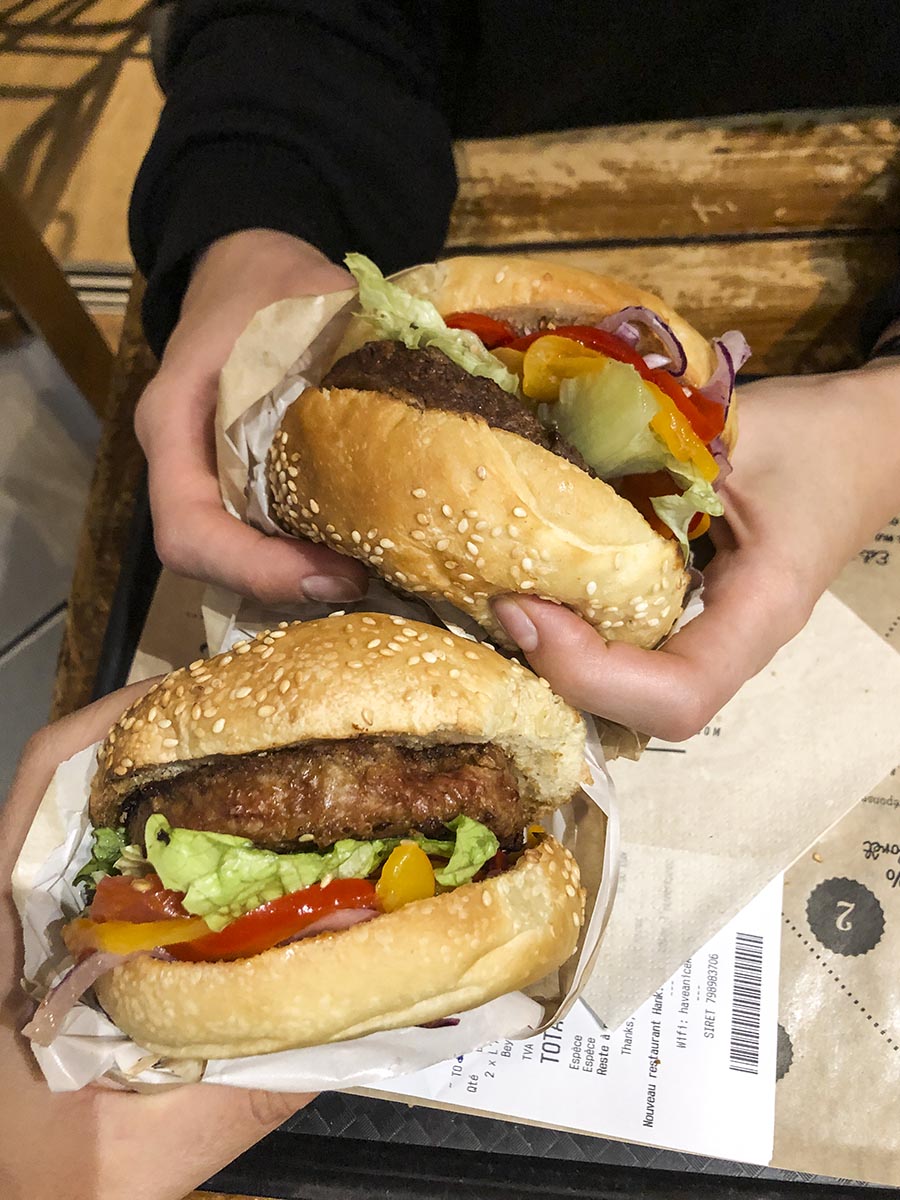 After returning to Ukraine, I began to devote a lot of time to the idea of ​​developing vegetable meat. He was looking for a team of technologists, bioengineers to start a Ukrainian company.

The aim was to make meat from plants, which would not differ in taste from animal and would be more useful in its properties.

In two years, starting in 2018, I met dozens of technologists from different countries, we did hundreds of tests, recipes for minced meat, developed their own manufacturing technologies. 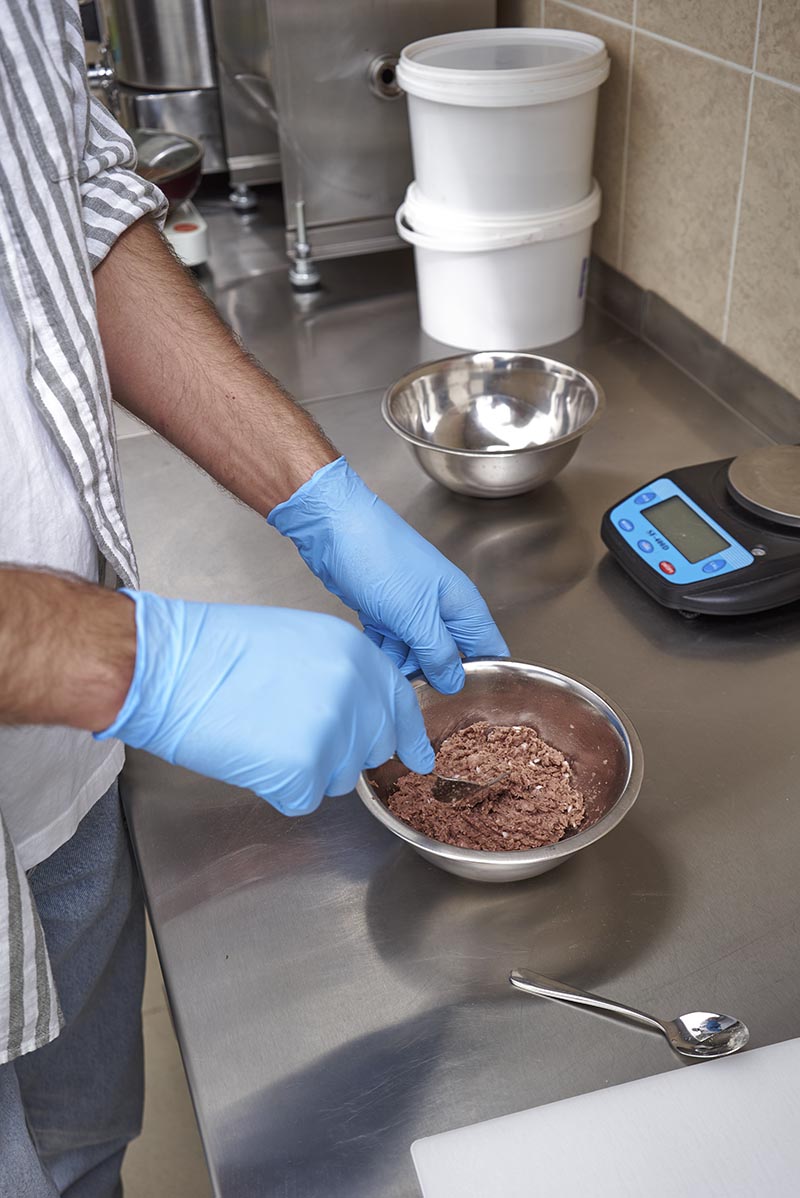 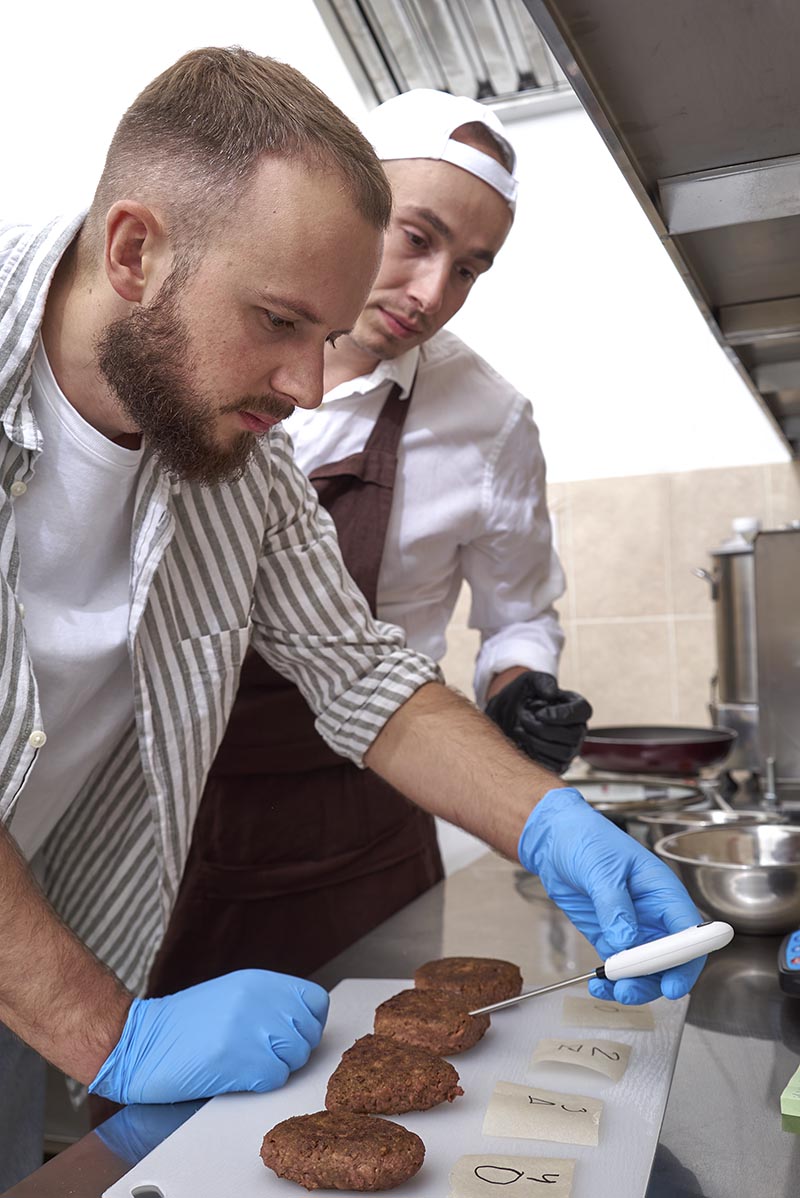 And finally, we are ready to present our product - minced meat "Eat me at".

(Eat me in - burgers, pizza, pasta, potatoes, dumplings and many other dishes).

Stuffing has a clear composition, although created by the latest technologies, namely:

- The basis is a textured soy protein, which is rich in vegetable proteins.

- Yeast extracts, which are made from inactive yeast, are responsible for the taste, they are very rich in proteins. Through modern technology, proteins undergo a process of destruction, from which amino acids are released, resulting in a rich taste.

To better understand, I will cite the example of meat jamon, in which after months of aging, the proteins are partially destroyed and the taste becomes stronger. Or baked meat, which is tastier at the edges where the temperature is most effective than the piece in the middle, because the proteins break down more strongly under the action of the temperature and release the amino acids that are responsible for the strength of the taste.
Yeast extracts are also rich in many B vitamins.

- To metallic taste of meat and to solve the problem of iron deficiency in the diet of people, we add koji minerals, which are extracted naturally from koji mycelium.

Koji is a type of mushroom that is often used in Asian cuisine for fermentation of products such as sake, soy sauce, miso and others.

- We use methylcellulose to bind the minced meat into a stable mass, its properties provide a vegetarian alternative to gelatin.

- For fat and for the minced meat to melt in your mouth - add coconut and sunflower oil.

- The color of the meat mimics beet juice and natural caramel dye.

Vegetarianism has existed since the days when this concept was not even defined.

There are now more and more reasons and examples of abandoning animal meat, in part because of scientific arguments or scary videos of killing animals. That is, the availability of information also contributes to this.

But in order for people to stop eating animal meat, we need to offer a decent alternative.

Today, we hardly use horses as labor for tilling the land, transporting goods and traveling. There are tractors and cars, the manufacturers of which, by the way, are also beginning to look for environmentally friendly ways to produce them.

Eat me at is not just a stuffed semi-finished product, it is an application to make the world a better place, because:

- more than a billion animals are killed for food every year;

- an extremely large amount of land and resources is used for animal husbandry;

- greenhouse gas emissions from livestock are as high as from all cars in the world, and this is causing global warming;

- due to the use of antibiotics on farms, viruses are constantly mutating, new diseases are developing.

There are many things that humanity remembers as a dark spot in our history.

We are ashamed of the oppression of others, slavery. And judging by the development of civilization and the emergence of values, in a few decades we will be just as ashamed of killing, cruelty to animals, the harm of the environment - just for the taste of food.